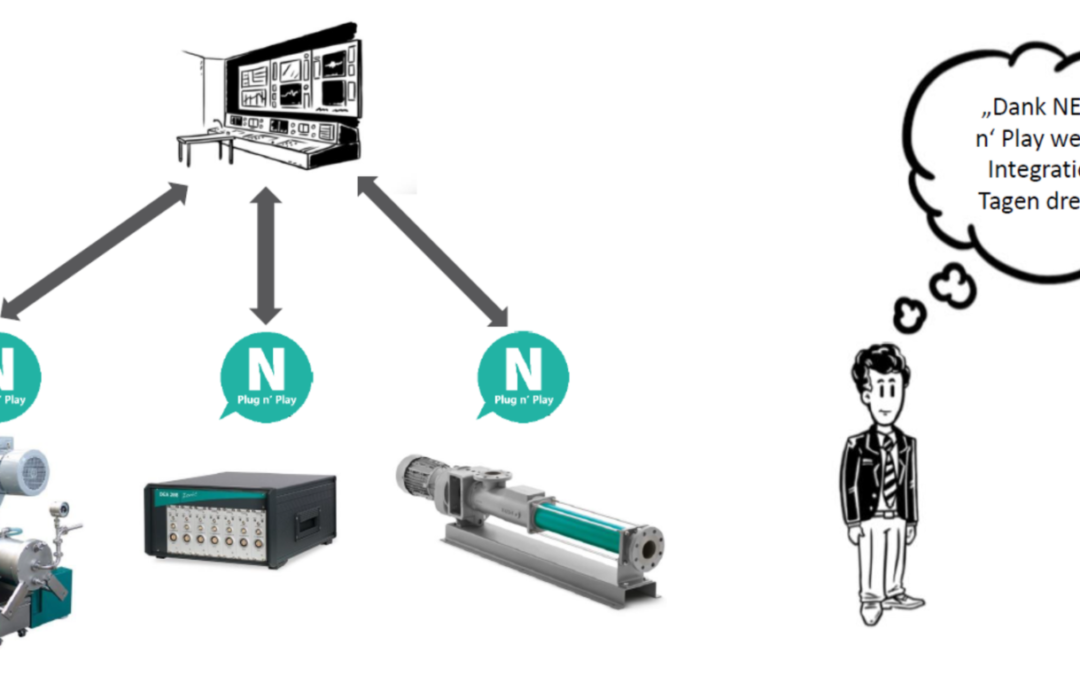 For NEDGEX, cooperation with universities and colleges is a central part of its daily work – all the more reason for us to be pleased to have been part of the Startup Day at the University of Bayreuth! The Startup Days are a workshop format to match students with potential employers and to make career options visible. This year’s Startup Day took place digitally for the first time and had the goal to inform about career opportunities in the field of entrepreneurship and to make the experience of the Entrepreneurial Mindset possible.

After yesterday’s pitch day, it is now official: NETZSCH Plug n’ Play is the first NEDGEX project to be returned to the grinding and dispersing department! The Kratos team was already involved during the current project phase. Kratos will now implement the MTP technology for NETZSCH machines.
The MTP technology, on which NETZSCH Plug n’ Play is based, has numerous advantages, which will probably make it a standard requirement of customers in the process industry in the future. NETZSCH Plug n’ Play is designed to simplify the integration of NETZSCH machines into higher-level systems, such as process control systems. Currently, the integration of a NETZSCH mill into a control system is done manually. This causes a great deal of engineering effort when a machine is to be integrated into a process. Plug n’ Play creates a digital file for machines, which considerably reduces the integration effort. As with the installation of a printer, a “driver” is supplied to match the machine, which allows the installation and control to be automated. The customer therefore imports the file into his control system and has thus almost completely integrated the machine.

In the Redlab, a finished showcase was created so that the employees can demonstrate the advantages of MTP technology to the customer.

Do you also have an idea for an innovation project or would you like to learn more about our projects? Then have a look at www.nedgex.com or contact us via hello@nedgex.com.

Any cookies that may not be particularly necessary for the website to function and is used specifically to collect user personal data via analytics, ads, other embedded contents are termed as non-necessary cookies. It is mandatory to procure user consent prior to running these cookies on your website.